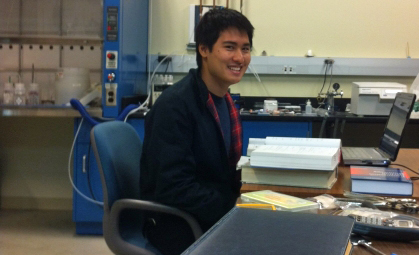 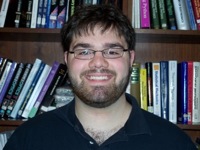 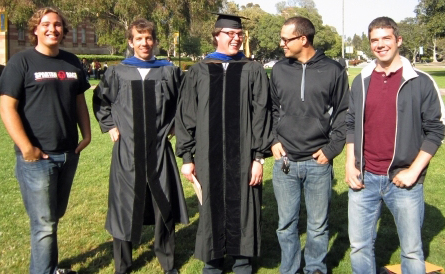 June 12 , 2012: Scott's PhD thesis, "Comprehensive Pyrometry of Incandescent Multiwalled Carbon Nanotubes and Graphene in the Visible and Near Infrared," is approved. Congratulations Scott!

May 18 , 2012: Our unsolicited proposal to the NSF Division of Materials Research, DMR-1206849, has been recommended for funding, for a funding period of three years.

May 15, 2012: Jessica’s paper (collaboration with Kaner group) accepted by the Journal of the American Chemical Society (JACS).

April 16 , 2012: "Chemical Vapor Deposition of Graphene on Copper from Methane, Ethane and Propane: Evidence for Bilayer Selectivity" to be on the
front cover of Small. 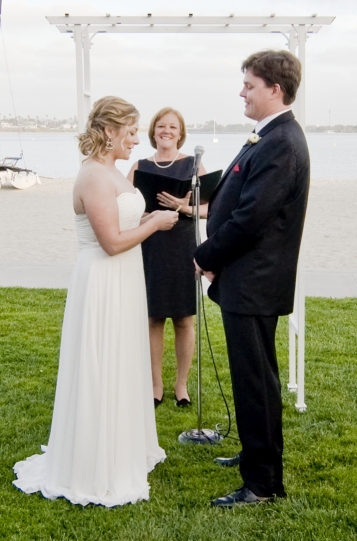 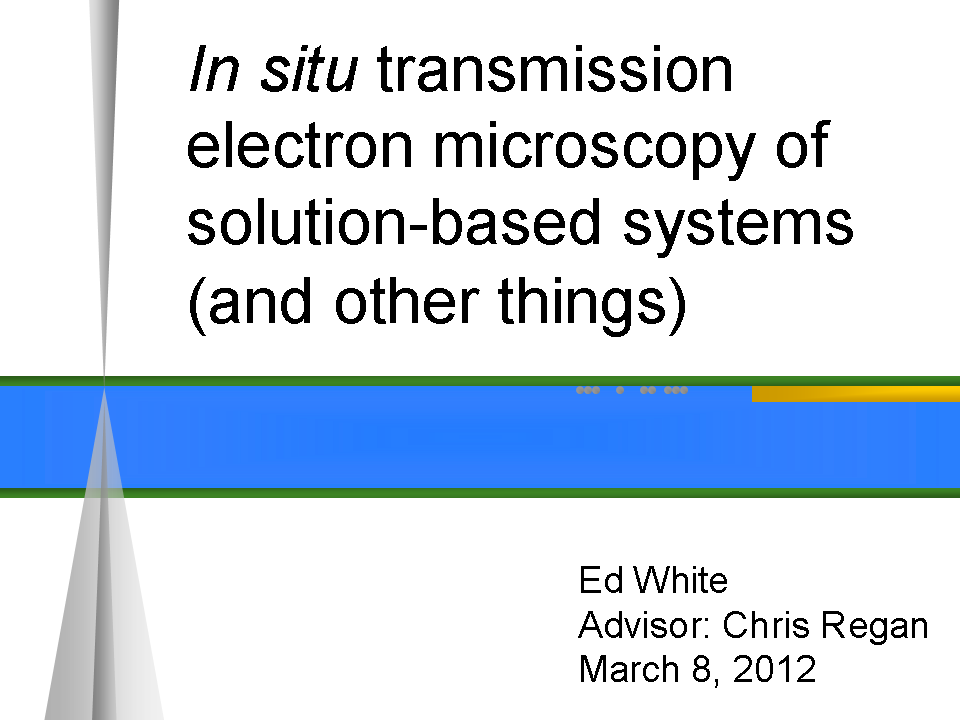